A Railway Story made for Terminus

Outside of Terminus, 2840 Peatt Road, Langford, rests a piece of public art crafted by Coastal Carvings artist Jeremy Humpherville. Jeremy works out of Coombs, BC. He was born and raised in Haida Gwaii, on the North West coast of British Columbia. Jeremy and his wife Darlene opened Coastal Carvings Fine Art Gallery in 2004. The artistic talent in Jeremy’s family spans generations. His creativity for original pieces is inspired by the community that he grew up in, celebrating North West Coast native art. Jeremy’s artwork has been displayed world wide throughout Europe and North America. 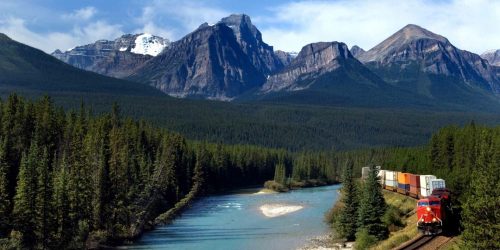 Between 1905 and 1999, the E&N Railway was owned and operated by the Canadian Pacific Railway. Via Rail took over operation of CPR’s passenger train service, called The Malahat, in 1978, while CPR demarketed its freight operation, claiming that freight traffic was declining. In 1996, CPR reorganized the E&N as an “internal short line” named E&N Railfreight. In early 1999, shortline operator RailAmerica purchased the route from Nanaimo to Port Alberni, and leased the balance of the line. At that time, approximately 8,500 carloads of forest and paper products, minerals, and chemicals were transported by the Southern Vancouver Island Railway each year. 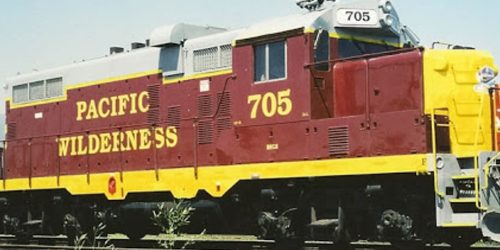 The Pacific Wilderness Railway was a short-lived seasonal tourist train that operated beginning June 2000 with diesel powered trains from downtown Victoria, on Vancouver Island, 20 miles over the E & N (Under Rail America) to the Malahat Summit (pop. 0).

The train consisted of coach cars and a first-class parlour car, which were pulled through Esquimalt, View Royal and Langford by one or two GP10’s.
Route: Victoria – Malahat B.C.
Headquarters: Victoria B.C.
Junctions with other railroads: ENR: Victoria B.C.
History: Provided seasonal excursion train service out of Victoria from June 17, 2000 to July 18, 2001.
Ownership: Ross Rowland/ OHCR
3 GP10’s: #703, #705 and #706. 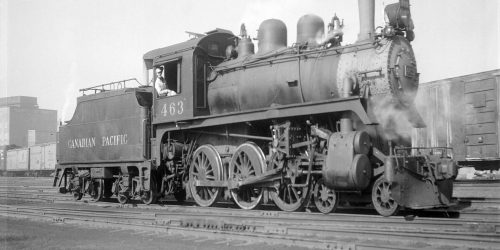 Produced by Canadian Pacific and Montreal Loco Works. Built and quite suitable for branch line service throughout the CPR. Featuring a slender, high-pitched boiler, and piston valves. #461- #465 were converted to oil-burning. 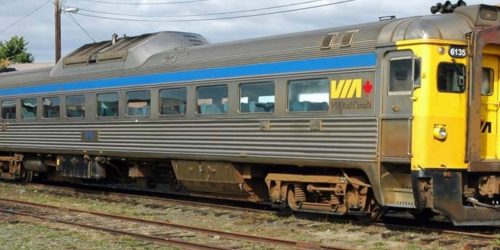 VIA Rail was born from a vision to connect and unite the cities and people of Canada with a safe, comfortable and environmentally responsible service from coast-to-coast.

In 1977, VIA Rail was formed to take over the rail passenger service of both the CPR and CNR Rail Roads, keeping the name the Canadian in honour of the famous CP Train. In 1979, it assumed the responsibility of the E&N. In 1979 VIA was the largest wholesaler of Canada tour packages. That year they also created the tag line “People Moving People”.

In 1989 it was announced that rail service, both freight and passenger, was to end, and in 2011 the “Rail Service” finally ended. VIA and Southern Railway did offer a bus service for several months after the closure, but the service was discontinued August 7, 2011.

To this day VIA Rail Canada still runs from Montreal to Vancouver and is more successful than ever. 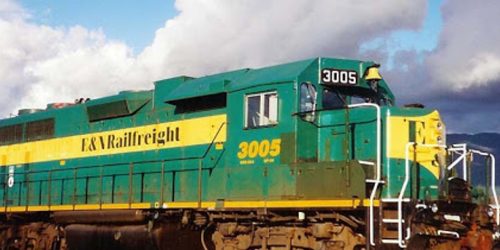 Freight #3005 was the first locomotive painted for E&N Railfreight. The green and yellow colours chosen for E&N Railfreight were actually a copy of the E&N Division CRHA’s CN Transfer caboose No. 76695 that the group repainted a few months before the creation of E&N Railfreight in March 1996. The colours and paint scheme chosen for the E&N Division, was based off an MJB coffee can that was in the caboose at the time, which had a design of green with a yellow band around the can. Therefore, what turned to be considered a very attractive paint scheme and has been considered the E&N’s official colours ever since, started from an MJB coffee can, and the rest is history.

The second and final locomotive No. 3004 was not painted until about a year later.

This Internal Shortline was dissolved January 1999 and then became a Rail America Shortline.